Black Lives Matter and Beyond

Media for Change Director of Research Sumita Chatterjee has been having conversations about race in America long before the Black Lives Matter movement resurfaced this year. As a University of Miami lecturer of both Gender and Sexuality Studies and History, with a focus on South Asian cultures, Chatterjee is now using MfC as another outlet to explore racism beyond the scope of just black and white.

Chatterjee immigrated to the U.S. from New Delhi to pursue a PhD in history at UMass Amherst. Years later, when her spouse, Media for Change founder, Sanjeev got a job at the University of Miami, he and Sumita left Massachusetts and never looked back, trading in bleak winters for palm trees and year-round sun. Needless to say, Sumita has been involved in Media for Change since its inception in 2013 as a homegrown effort but joined the Board of Directors as Director of Research in 2020.

As a first-generation immigrant, Sumita said she has struggled with different forms of racism but has learned how not to let it define her. “Yes, I did face kinds of micro and macro racism, but at the same time, I also learned how to get past it,” said Sumita. “Our organization [Media for Change] really tries to bring many different kinds of voices to the table, many different ways of looking at our problems and seeing how we can find common ground.”

In an effort to bring light to race issues beyond the typical black and white narrative, and having taught classes on subjects like systemic racism, Chatterjee moderated a multi-generational conversation among South Asian Americans and their reactions towards the Black Lives Matter movement. “We wanted to look at anti-black racism, and how first-generation and second-generation immigrants are engaging with it,” Sumita said.

In the same vein, Sumita and a team comprised of two UM Public Health professors, an English professor, a geographer and Sanjeev, the filmmaker of the group, received a grant from UM’s brand-new U-LINK Social Equity Challenge, an initiative that will fund ten projects looking to discuss racial equity.

Sumita said theirproject will focus on “intergenerational dialogues about anti-black racism, but within various immigrant communities.” She added, “there are immigrants who have come from Asia,Africa,Latin America, and the Caribbean, and the first generation may not have paid attention to the history of racism in this country, whereas their children, who have gone through schooling in the American school system, have a different understanding of that. So, we are going to try tounderstand and address anti-black racismthrough youth engagement.”

And that isn’t Sumita’s only undertaking this semester. She has also accepted a Mellon CREATE Grant from the University of Miami, in which she, alongside one of her classes, will create an an oral history collection for the Richter Library’s Special Collections called, “Archiving Untold Immigrant Stories, South Asian in South Florida.” The class, which focuses on South Asian Americans who immigrated to the U.S. and the Caribbean, will record oral histories of South Floridians who identify as people of color (and of South Asian heritage), but aren’t necessarily black or white.

“So, we are going to be recording their stories, their narratives of how they came to America, what struggles they faced and how they made a life for themselves,” Sumita said.

Besides these two extensive projects on Sumita’s agenda, she also finds time to help her students get hands-on experience, beyond the classroom. Sumita said this semester she is teaching a civic-engagement class called ‘Gandhi and Martin Luther King Jr: call to Civic Engagement’.—a class that not only analyzes these influential leaders’ ideologies but is taking them one step further. Sumita and her students partnered with Refugee Assistance Alliance—an organization that helps Syrian refugees resettle in South Florida—and help them with various projects. In the past she and her students have worked with City Year Miami. She has also continued to foster these relationships by holding workshops etc. Her involvement with Media For Change inspired her to get more involved beyond her teaching at the University of Miami.

“I’m a lifelong learner, and my passion is in teaching and learning and being able to share that through either the classroom or by civic engagement in my local communities,” Sumita said.

In combining her own experiences as a first-generation immigrant and her love of discourse on an array of social issues, Sumita is a consistent force for good, both at Media for Change and in the South Florida community. Keep an eye out for her projects in the UM Richter Library and on mediaforchange.org 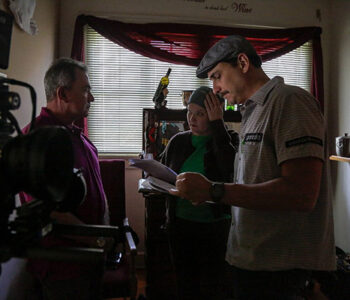 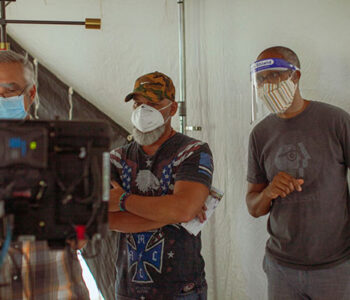